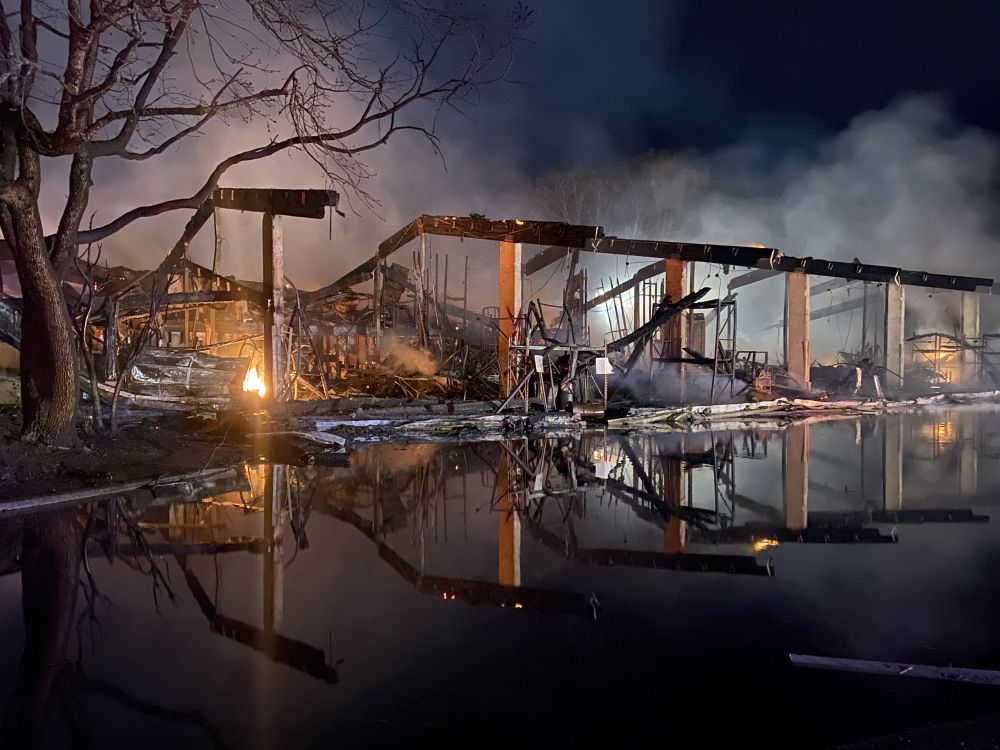 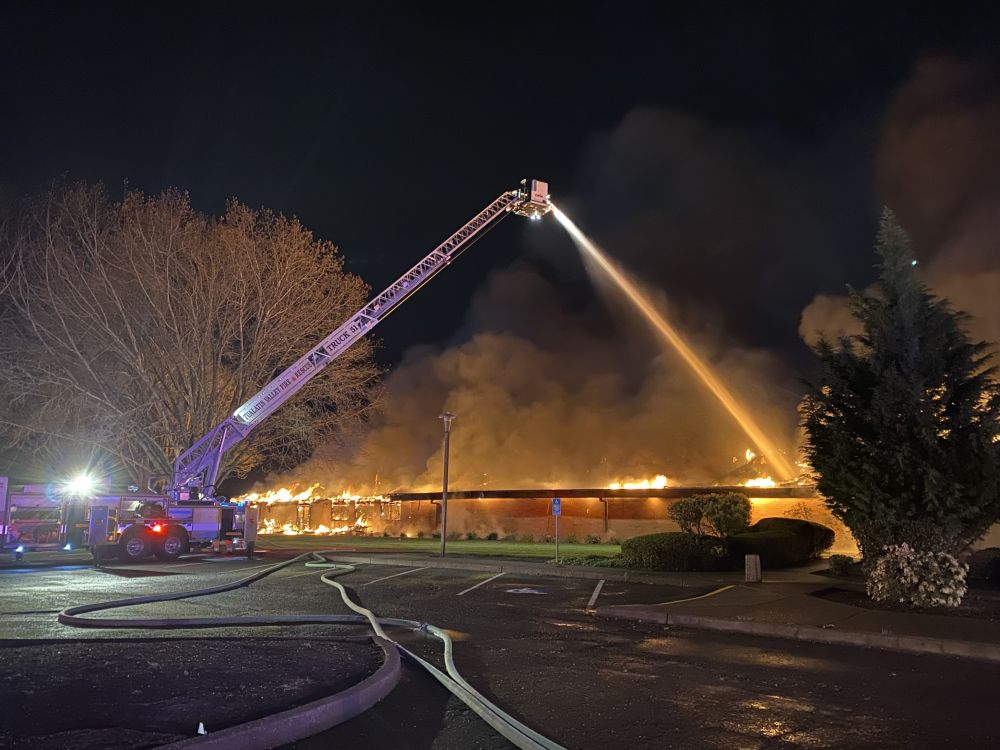 Firefighters poured thousands of gallons of water on the two-alarm dental business blaze.

Tualatin Valley Fire & Rescue and the Newberg-Dundee Police Department are working to determine a cause, according to Stefan Myers and Sgt. Brian Hagen, spokespersons for their agencies.

The phone call was characterized as “suspicious,” and it requested medical aid at the nearby Fred Meyer store. Emergency personnel could not locate the caller at the location they claimed to be, but observed smoke coming from the nearby one-story dental building.

The first fire crew responded to the business about 2:30 a.m., and upon arrival discovered the 33,000-square-foot building engulfed in fames. Their immediate concern was making sure the fire did not spread to other buildings on the property.

A second alarm brought additional equipment and personnel to the scene. Dayton, Dundee, McMinnville and Yamhill crews joined Tualatin Valley Fire & Rescue (Newberg) firefighters. It took about two hours to bring the fire under control. Hot spots were doused with water throughout the remainder of the day.

There are hazards associated with the fire scene that have made it difficult to examine what remains of the structure. Excavation equipment will be used to move large sections of the building that collapsed.

Damage was estimated at between $5 and $7 million.

The company posted the following on its Linkedin page:

The message continued, ” We are assessing the situation and are working hard to have our communication systems available as soon as possible.

“Thank you for your trust and continued understanding as we navigate this challenge.”

Firefighters began an aggressive fire attack measure to keep the flames contained to the one structure, preventing any spread to other nearby facilities.

Due to the significance of the fire and rapid spread throughout the large commercial building, the incident was upgraded to a second alarm, adding more resources from Tualatin Valley Fire & Rescue and neighboring fire agencies.

It took firefighters about two hours to gain control of the blaze. Crews continue to extinguish hot spots throughout the structure. The commercial building is a total loss.

The cause of what started the fire is unknown. Investigators were on scene throughout the day.

DC International/DC Edge DCI is an industry leader in manufacturing dental equipment, components and replacement parts, according to its Linkedin page.

The family-owned business has been in operation for more than 30 years. It sells products domestically and globally in more than 60 countries worldwide.

The company posted the following message on the page following the fire:

“With heavy hearts, we share the news that our parts assembly building experienced a fire on Sunday, April 10th.  This building housed our DCI Parts division for over 30 years and proudly shipped out millions of parts orders.

“Fortunately, DCI occupies ten buildings, and most of the parts inventory is stored in a different location, not impacted by the fire. We are certain we will be up and running quickly.

“Our employees and customers are our priority. Everything we do is focused on making our customer’s life easier. The DCI team will continue to work through this issue to serve our customers.”